Canada, particularly Old Quebec City, is one of the most beautiful places I have ever been in my life. 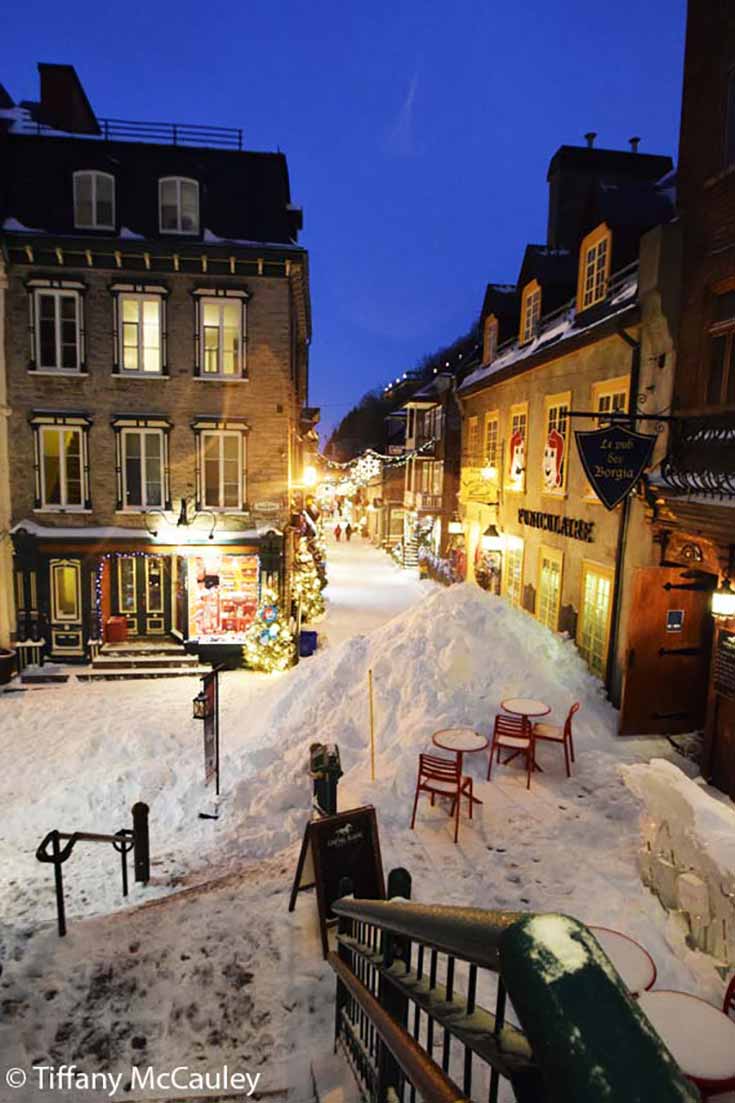 Yes!!! I can cross one off my bucket list! (Although, I’d love to go again to explore more!)

I was recently invited on a press tour of Montreal and Quebec city to learn more about one of their most amazing exports, maple. The trip was simply incredible on so many levels. I learned so much. The culture in Canada surrounding maple is pretty impressive. 70% of the world’s supply of maple comes from Quebec!! So you can imagine that it’s a real part of everyday living there.

In Canada, chef’s can compete to become “Maple Masters” each year. But the limit is 100 of them across the country, so the competition can be fierce and it’s quite the honor to achieve that. These chefs have to have a true passion for working with maple in it’s many forms. Several of these amazing chefs worked tirelessly to prepare gourmet meals for us that were based on maple. We had 4 and 5 course meals that each had maple as an ingredient.

What I learned was that maple is incredibly versatile. And as one of the women from the Maple Federation said, “If you mix maple with another flavor, you don’t taste maple and that other flavor together. You create and entirely new flavor.” And it’s so very true! The flavors were incredible and I never would have picked out the maple syrup.

In fact, at one point we were served a carrot soup without maple in it. We tasted it, and then stirred in a small amount of maple syrup. The different was absolutely incredible and you never would have known there was maple syrup in there. That simple little test really set off my creative thinking where recipes are concerned. Maple is magic!

The sad part is that in the states, we really only consider it to be a pancake topping (unless you live in US maple country). In fact, many people think that sugar-ridden syrups like Aunt Jamima is the real deal. And let me tell you, if you think that…. you are wrong. That sort of syrup is just flavored sugar. It’s nowhere near the real thing and you are missing out!

The impressive thing about maple is the reverence, respect and regulations involved in producing a quality bottle of the golden stuff. Canadians really take pride in the culture of maple, as they should! The entire industry is quite impressive!

I’ll write more about it here on The Gracious Pantry. But for now, I really wanted to share the amazing photos I got while I was there. There were so many photos though that I thought it would be simpler to do a video of them all. I’ll post a few actual photos below here though so you can see them larger. Canada is truly an amazing place and I can’t wait to visit again some day!

So Much Beauty!!
By the end of my trip, I had so many amazing photos that I figured it would be easier to share them all with you in video format. So here is a quick look at my 5 day trip!

Check out my photos of San Francisco here!

So we finally made it to Blarney Castle. At first, it was one of those things that we thought we would do only if we had some extra time. But instead, we made the time for it, and I’m so glad we did. I think so far, this has been one of the best parts…